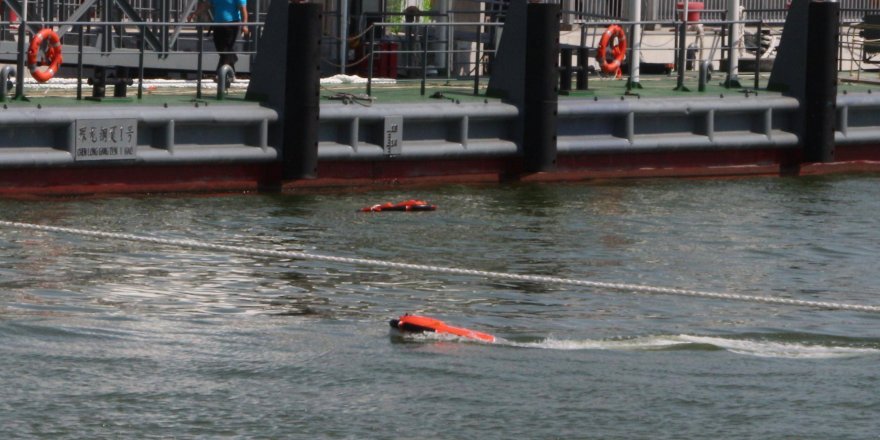 A passenger port in Zhuhai, China has developed a new solution that uses aquatic robots to deploy long distance lines.

Zhuhai Jiuzhou Port ran a series of typhoon-proof strengthening tests for their floating barges earlier this month. The crew used a small self-powered jet pump system called Dolphin 1 to move a traction rope to the opposite shore, 230 meters offshore, which was connected with the mooring line.

After transportation of the traction rope to the opposite shore, employees used a forklift to pull ashore the mooring line and secure it to the pile.

The high season of typhoon in Zhuhai is held each year from June to August. Only one side of the floating barge is fixed at the pier in the Jiuzhou Passenger Port. If a typhoon passes, the other side will be tossed violently by the massive wind and waves.

Dolphin 1 is a self-propelled water surface remote control vehicle, which can be controlled by a single person. Users will get started easily, with a little guidance. It has a large load of 150 kg and a remote control reach of 500 metres, which makes it not only used as a rapid rescue system, but also solves most lightweight water transport tasks, significantly reducing staff and operational costs. 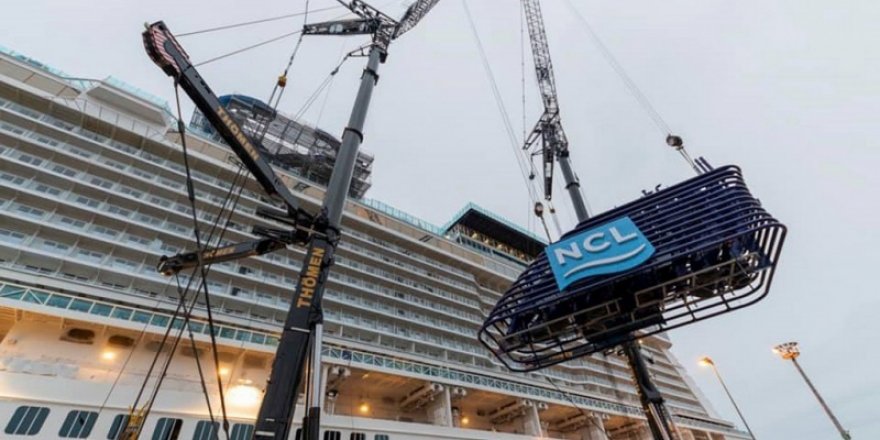 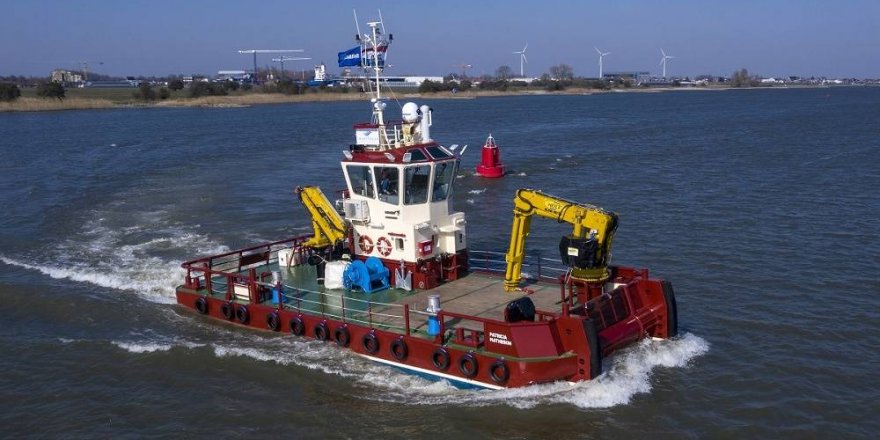