The Cruise Season 2020 has begun at the port of Kiel on 3 August. The first ocean-going vessel is the TUI Cruises "Mein Schiff 2" on boarding passengers at the Ostseekai Terminal.

The ship will embark on a short cruise from Kiel to Oslo (technical stop) where all four days are spent at sea.

In the past few weeks, principles and hygienic measures have been developed to allow for healthy processes. In the Baltic Sea, this means that both terminal buildings-Baltic Kai 27 and 28-are used together to accommodate one ship at a time.

Baggage drop-off, safety questionnaire, check-in, security check-in and boarding are physically isolated. In doing so, each stage offers ample space to keep at all times a minimum distance of 1.50 m. The new Baltic Kai 28 terminal was completed in the spring and is now in service.

Up to 1,000 passengers will check-in for the first sea cruise of the year before the vessel 'Mein Schiff 1' departs for Norway at approximately 9.30 p.m. Following this short voyage, the ship will embark on four seven-day panoramic cruises to the Norwegian fjords, beginning every Friday in August from the Ost-Seekai terminal.

AIDA Cruises will also base a ship in Kiel in the second half of August. For the time being, the shipping company is providing short cruises of 3 and 4 days with the "AIDAblu" vessel, starting from Kiel on Sundays and Thursdays. Initially, 198 cruise ship visits to Kiel were recorded for the 2020 season and more than 900,000 passengers were planned.

The new handling model now allows for one big cruise ship at the Ostseekai Terminal at a time. Passenger turnaround processes include both terminal buildings in order to preserve the required distance requirements. 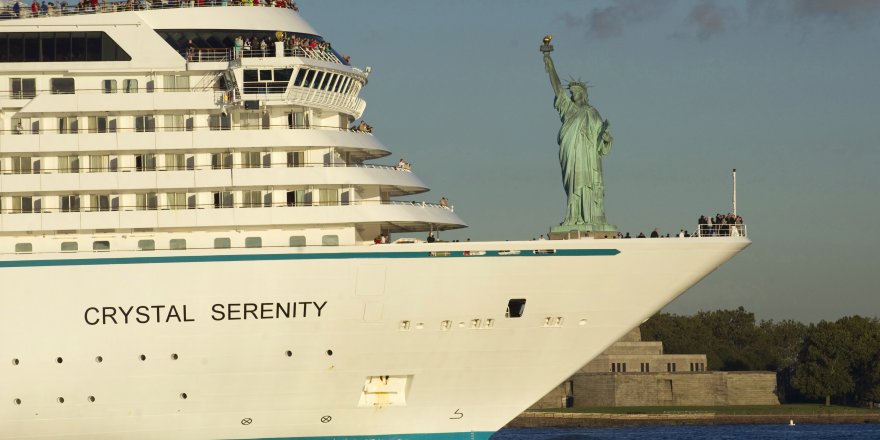