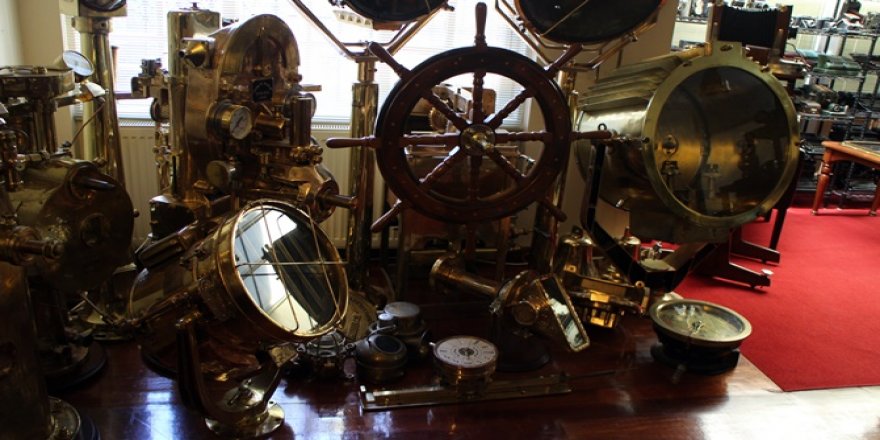 We visited Nalan Bozdoğan, chairman of the board of directors of Mardin Shipping & Trading Inc., a subsidiary of Mardin Group, at her office decorated with the concept of a museum hosting very valuable collections.

“I see the antiques as a wise man feeding our souls with whom we can set up emotional ties. When the feelings they create in us are reflected in the white screen in your mind, you feel as if you watch a film of a script written at that very moment under the dim light of the past.”

The office of Mardin Group hosts machinery of historical value, each with aesthetics of a work of art, ranging from the device guiding the submarine torpedo to the calculators of the diagrams measured by indicators. This museum / office full of old accessories and equipment from old ships, in which you may even see a piece of brick belonging to Haliç Shipyard, is like a time tunnel to witness the development of the shipbuilding industry.

The part of the maritime collection created by Nalan Bozdoğan comprising the test devices produced by the three rival industrializing countries (USA, England and Germany) in the 1800’s and 1900’s is quite remarkable as the collection of these test devices which measure the performance of the machinery of steamships is one of the three biggest collections in this field in the world and you may see at least one example of each test device produced in each series during the period of two centuries during which the industrial revolution has started and developed.

We have a conversation with Nalan Bozdoğan, who, besides this comprehensive collection that provides an insight into the development of maritime industry, has also created collections in the field of office materials and watch industry.

What features must an object have in order to be called an antique?

“Antiquität”, “antiquite”, “antique”, “antika”…In every language “antique” is described as the rarely found objects passed over from the past to today and have a high material value. The term “giranbaha tuhaftefarik” which means pleasant distinguished goods which are expensive and rarely found was used to denote this term in the Ottoman age. However, the definition of antique is altogether different for me. It is the object that has lived, grew older and is the basis of the modernity that we have today despite the fact that it has remained somewhere behind the modern age and for that very reason has deserved all material – spiritual values beyond measure…

What is the antiques’ value for the present day?

We mostly think that the antiques only give information about the period to which they belong. However, the most important task of these objects which we keep for the purpose of recognizing the period of 100-200 years ago is the ability to make projections for the future and herald the level that we will reach in terms of civilisation…

What do you feel spiritually when you together with them?

I see them as a wise man with whom we may establish emotional ties. They activate my emotional intelligence at the end of the days with intensive business schedule, when I was tired of using my logical intelligence. By touching one of those objects I make a travel towards the joys and griefs which I imagine to be shared by that object with others and I rest my mind in this way. Indeed I think that antiques are nothing but objects that nurture the spirit.

For example when you touch on the keys of a 200 years old piano which had insight in the feelings of many people throughout its aging period, they carry you over to their own temporal dimension. When the feelings they create are reflected in the white screen in your mind, your power of imagination turns the wheel and you begin watching a film with a script written at that very moment in the dim light of the past.

Can you please tell us the story of this periscope?

Periscope which has a simple principle of operation is an optical mechanism that provides vision thanks to prisms. Periscope can form a field of vision by using two mirror reflectors and is primarily used in submarines, making it possible to detect the objects on the surface of water.

What comes to mind first when we say sea vehicles are the ships or motor or sailing boats floating by leaving white foams behind… However, we must not forget the submarine ships performing defense duties for weeks. They are ships with no decks, fly bridges and chimney swifts and unfortunately sun does not rises and sets in their horizons for weeks and dolphins do not race around their prows. They have only these tiny windows, i.e. periscopes through which they can see the silver line on which the blue and the green unite. This device which most of us have not seen at all is the single contact point of the ship crew with sun and moon. In short, periscope is the deck, fly bridge and chimney swifts of submarine ships at the same time.

This interview would not come to an end if you describe each machine this beautifully. We thank you.

I thank you. I wish success to the newspaper Viramaritime. 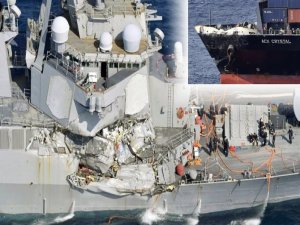 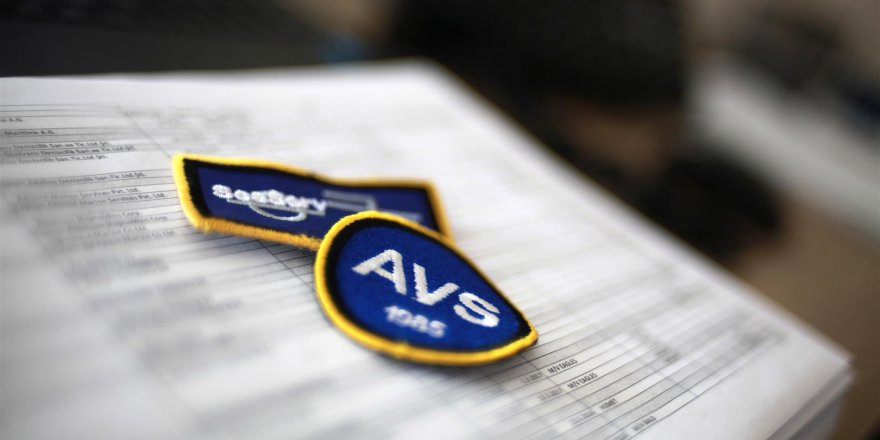 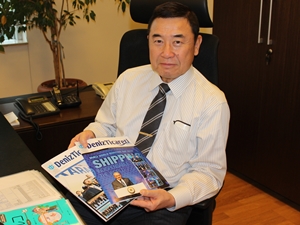 We have discussed ClassNK with Turkey Country Manager Akihiko Uotani