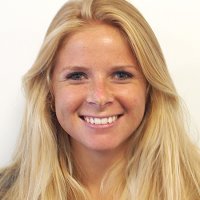 After a turbulent 2020 with historic highs and lows in nearly every shipping sector, Japan remains at number 1 with a total of USD 115 bn in assets owned. The increase in earnings for the Container market during the latter part of 2020 has increased values of Japan’s already booming fleet. Out of the top 10 nations, Japan owns the highest value LPG fleet at USD 5.8 bn. It also owns the highest value Vehicle Carriers fleet at a staggering USD 7.3 bn, nearly triple the value of the second largest owner by country, Norway. Major ownership is shared between Deepsea operators NYK, MOL and K Line who compete head on within the same trades as other leading industry players. Along with South Korea, these account for more than 70% of Asia’s worldwide exports.

China has moved up to 2nd place, owning a total of USD 108 bn in assets. Chinese investments in the LNG and LPG sectors coupled with a roaring second half of the year in terms of rates, has boosted values across both LNG and LPG markets. In the latter half of 2020 the Chinese energy companies invested in newbuild orders for Large LNG Carriers and Very Large Ethane Carriers (VLEC). The surge in Container rates has prompted a large number of orders by OOCL for Megamax Containers (ULCVs) with a total spend of USD 1.6 bn on an order of just 12 vessels. SITC has also taken advantage of the positive market ordering 14 handy units which are essential for regional trades.

The USA has jumped up to 3rd place owning a total of USD 95 bn in assets, of which a whopping USD 63 bn is comprised of Cruise ships. This comes as no surprise as the largest Cruise Companies, Carnival and Royal Caribbean are both based in the USA. Despite the onslaught the industry has experienced due to the COVID-19 pandemic, the USA still maintain their position as largest global Cruise Owner. As Tanker values fell during the second half of 2020 due to an extended period of low earnings, so did the fleet value of the USA’s Tanker fleet. However, their relatively modern fleet of LPG, LEG and LNG carriers have increased in value due to the surge in spot rates, peaking to 5-year highs at the end of 2020, which was caused by supply disruptions including delays at the Panama Canal, longer discharge times in Asia and a number of vessels being in drydocks.The US are also prominent owners in the RoRo sector owning a total of USD 1.9 bn which has increased their ranking.

Surprisingly, Greece has dropped down to 4th place in the rankings, which will also have been affected by the inclusion of Cruise, RoRo and Vehicle Carrier values across other countries’ fleets. The total value owned by this country has fallen by USD 6.5 bn from last year. This fall is related to the prolonged period of low Tanker earnings seen in the second half of the year. As Greece is ranked as the largest Tanker owner, the low values have affected the entire fleet of vessels. They have also been active in the sale and purchase of Tankers, selling 105 vessels, but only acquiring 70, resulting in a reduction to the total fleet. All other sectors including Containers, Gas and Offshore have remained relatively stable for the Greek fleet.

Singapore has fallen to 5th place with only a very small change to the total value of their fleet since last year. Their investments in the Container and RoRo fleet increased the total fleet value by USD 6 bn. As Container rates increased, second-hand sale prices reflected the improved market sentiment, and values therefore rose. With Cobelfret helping Singapore rank as the 3rd largest owner of RoRo’s, their prominence in the market helps Singapore stay atop the midfield in the top owning nations.

Germany has gone up the rankings from 8th place in 2020, as owners in the small dry sector are taking advantage of the increased rates. A higher number of transactions have been taking place as successful refinancing and restructuring in previous years across all sectors has meant a decent amount of ship owners survived the crisis at the beginning of 2020. Their USD 12.8 bn worth of investment in the Cruise sector has bumped their total value to USD 43 bn, an increase of 60% from last year’s figures.

The UK has also made a significant jump by increasing their total fleet value by over USD 15 bn. The majority of this comes with the inclusion of Cruises into the database. The Container fleet has also made a recovery with China’s export volumes to Europe increasing significantly. The Christmas period remained a key driver, as well as stockpiling of goods ahead of the UK’s departure from the EU.

South Korea dropped 2 places this year, but their total fleet value has only changed by 0.2%. A fall was seen in Tanker and Bulker values, however this was negated by the inclusion of Vehicle Carriers into VesselsValue. South Korea maintains a dominant position as a global seaborne car exporter. Leading shipowner operators are Glovis, who have expanded PCTC fleet in recent years, and Eukor with 20% of shares owned by Hyundai Glovis and Kia Motors. The high volume of car manufacturing and seaborne exporting makes South Korea the 3rd largest owner of Vehicle Carriers.

Norway has fallen down the ranks from 5th place in 2020 to 9th in 2021, driven mostly by the significant decrease in value of the Offshore fleet. This drop was caused by COVID- 19 and the resultant decrease in oil demand globally. Oil majors aggressively cut CAPEX, MODU contracts were terminated, suspended, or delayed, and Offshore values across all ages and types were affected. Major MODU owners such as Borr Drilling have lost half a billion in value to their fleet.

Denmark and Switzerland have swapped places in the overall ranking with Switzerland now coming in at number 10 MSC Cruises have helped Switzerland account for a total of USD 18 bn worth of Large or Mega Cruise ships, making the country the second largest owner of Cruise ships in the world and helping Switzerland rank in the top 10 Ship Owning Nations.

Please note: January 2021 total fleet values in the Top 10 Ship Owning Nations now include Vehicle Carriers, RoRos and Cruise Ships. These three ship types were not included in previous rankings and therefore have contributed to significant changes to country fleet values and rankings.

WARNING: Do not use words containing insults, swearing and words against personal and religional beliefs. Comments containing capital letters will not be approved.
Diğer Yazarlar
Olivia Watkins 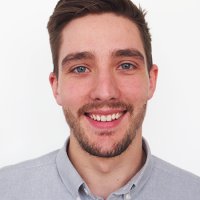 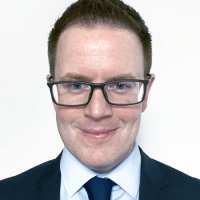 Brexit Chaos: to Roll-on or Roll-off?