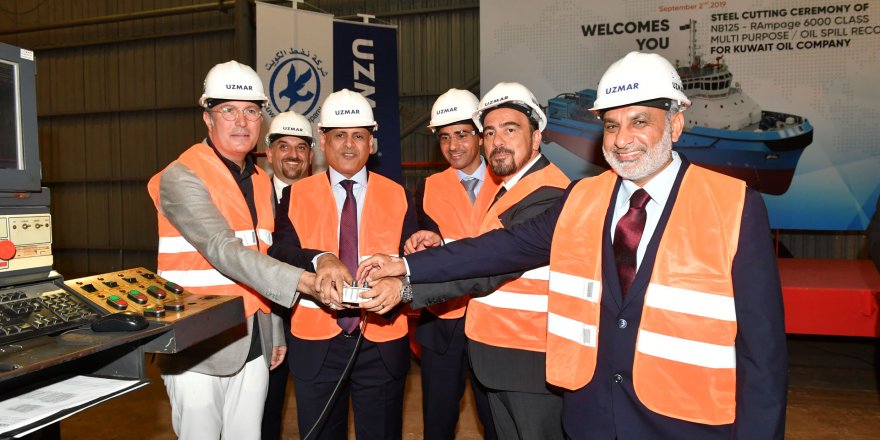 Steel cutting ceremony has been held forRAmpage 6000 Oil Spill Recovery – multi-purpose vessel at the UZMAR Shipyard in Kocaeli, Turkey on 02.09.2019.

UZMAR started RAmpage 6000 project, an offshore support tug for Kuwait Oil Corporation KOC after signing the contrat in Kuwait on 3 March 2019. UZMAR will build this 60-m vessel to a RAmpage 6000 design until the end of 2020 and it will be used to contain, recover, store and transfer recovered oil from spillages in the Middle East Gulf. It will also include logistics support duties, towing services, offshore fire-fighting, area surveillance and  rescue in international waters.

Mr. Özatlı said that this project with Kuwait Oil Corporation is one of the most exciting projects he has ever been involved and he is proud to be part of the eligible team of UZMAR. He also added that he believes UZMAR team will create one of the best vessels UZMAR has ever built.

Team Leader Marine Technical Services, Mr. Soud Al Otaibi stated that “It is a great pleasure and an honor to be here at UZMAR to mark the steel cutting of our new building NB125 RAmpage 6000”. He added “This steel cutting ceremony marks a very special moment for everyone at K.O.C, therefore, we feel especially privileged, to be present here at UZMAR today to witness the work on our significant vessel”. Team Leader of Marine Technical Services ended his speech thanking everyone involved in the contract signing and building process of this project.

The ceremony has ended with executives from UZMAR & K.O.C. pressing the button to make the steel cutting process begin. 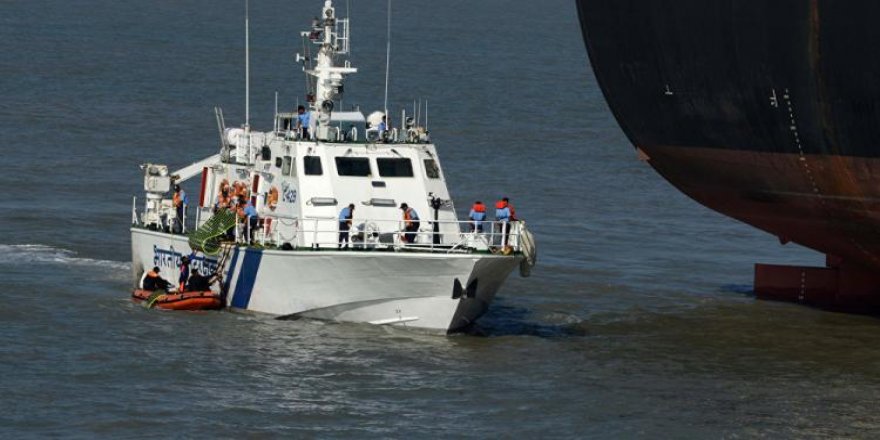 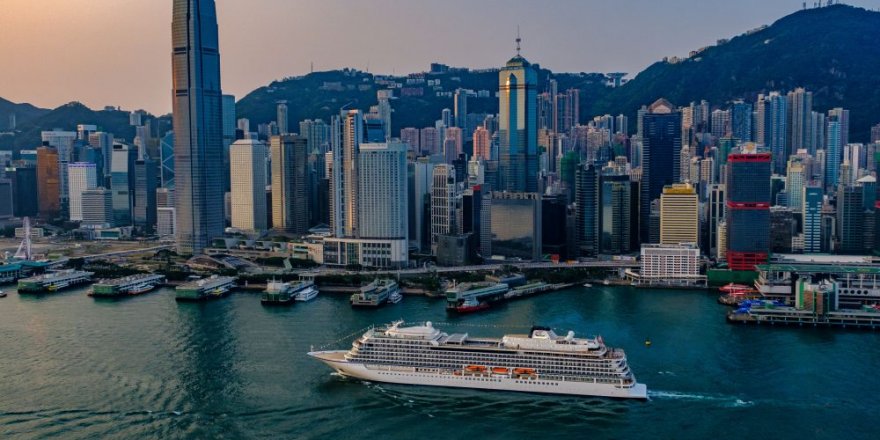