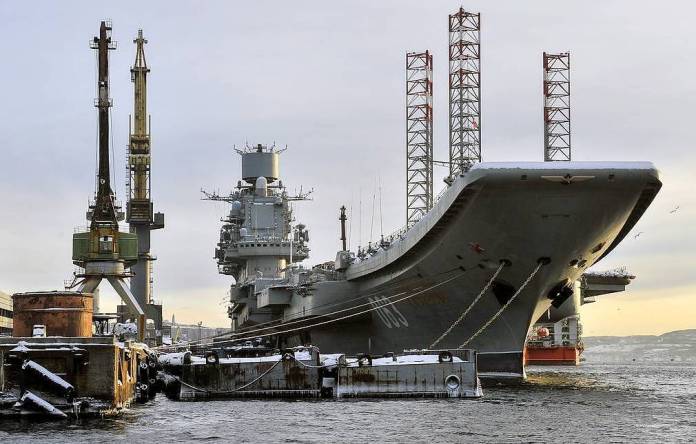 Aircraft carrier Admiral Kuznetsov is due to undergo sea-trials in 2022, according to Russia's TASS agency.

In December 2019, a fire broke out aboard the aircraft carrier Admiral Kuznetsov during repair work in Murmansk.

As confirmed by the emergency services, the fire may have started during the wielding job due to the violation of safety laws. An region of 500 square meters was engulfed by the flames. Two people were killed and fourteen were injured in the crash.

On January 30, a source in the shipbuilding industry told TASS that the fire onboard Russia's sole aircraft carrier Admiral Kuznetsov had destroyed some electric power cables in December 2019.

Project 11435 The Admiral Kuznetsov heavy aircraft-carrying cruiser is designed to achieve superiority at sea and in the air in the areas of fleet operations in order to ensure the continuity of the navy's war, deliver air strikes against enemy objectives and support the landing operations of the troops.