Renewable energy sources are at the top of the agenda: By 2045 the Federal Government wants to increase the German offshore wind capacity nearly tenfold. The country’s wind farms are expected to have a combined capacity of 70 gigawatts (GW) by that time. The European Commission is planning to increase the EU-wide capacity to as much as 340 GW by 2050. Building all these wind turbines is a technical, logistical and financial challenge of huge proportions – and it is a very urgent project, not only to achieve independence from Russian natural gas but also to cut emissions radically.

The shipping industry will likewise be highly dependent on powerful wind turbines as it strives to become carbon-neutral: "Ambitious expansion of wind power on land and at sea is a prerequisite for the production of alternative ship fuels," says Claus Ulrich Selbach, Business Unit Director – Maritime and Technology Fairs & Exhibitions at Hamburg Messe und Congress. "Whether methanol or ammonia, synthetic fuels won’t be truly sustainable unless they are based on 'green' hydrogen produced with renewable energy."

All this entails an enormous challenge: Offshore wind farms are to be built at distances of 30 to 40 kilometres from the shore, anchored in the seafloor at depths of up to 40 metres. Can this be realised without damaging vulnerable marine ecosystems? This is one of the questions to be discussed by a top-flight expert panel at the Offshore Dialogue (OD). The international conference will take place on 8 September 2022 during SMM.

The power of data

The oceans are a threatened biosphere. The "Ocean Decade" initiative is the United Nations’ response aiming to implement international solutions for the protection and sustainable use of oceans by the year 2030. "Oceans are of enormous importance for us here on earth because they regulate the climate and limit global heating caused by human greenhouse gas emissions. The effects of climate change on oceans and coastal regions are massive, and we must take action urgently to improve the situation in the oceans," says Dr Steffen Knodt, Member of the Board of the German Ocean Decade Committee (ODK). At the Offshore Dialogue, Dr Knodt will provide an overview of the committee's national and international activities.

Findings from regions which have been hit by climate change especially hard are of particular importance to climate research. For example, the Arctic is heating three times faster than the world average. To obtain concrete data on this, scientists must use specialised ships which have to fight their way through thick sea ice. Lasse Rabenstein and his start-up Drift + Noise help expedition teams do so successfully. At the OD, the company’s co-founder will present the ice information app “IcySea”. "We provide high-resolution satellite images of the polar regions to our customers around the clock. They can be received with minimum bandwidth. In addition, our range of services includes a forecasting system for the optimum route through the ice," says Rabenstein who has a PhD in geophysics and more than 15 years of experience operating in polar regions. 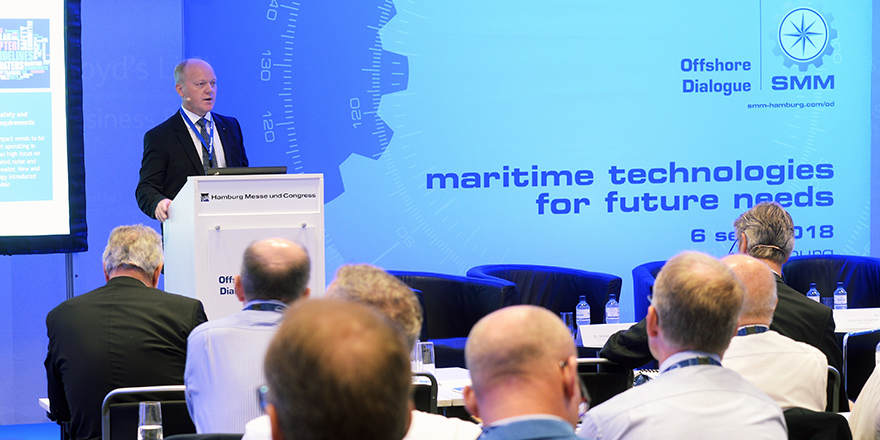 For example, his app has supported the crew of the AWI research vessel Polarstern. "Thanks to the satellite images we were able to identify open water channels in the ice cover and shorten a trip that normally takes four days to only two." This translated to substantial financial savings, considering the vessel's daily operating costs of 70,000 euros – a result that should be of interest to commercial shipping companies, as well. At the Offshore Dialogue, Rabenstein will speak about the increasing number of ice-free days in Arctic waters which will allow more ships to sail through the Northwest passage in future.

Energy from the sea

From fishing vessels to scientific research, merchant and cruise ships, there is plenty of traffic in coastal waters. Offshore wind farms increasingly crowd these areas. One of the world's biggest operators with offshore wind farms totalling 2.4 GW in installed power is the German energy company RWE. “We would like to invest much more rapidly," notes RWE CEO Markus Krebber. But, he adds, requests for government support are taking too much time to process. Contrary to the Netherlands, Germany has no clear goal for its hydrogen industry, he says. Dr Bernadette Zipfel, Team Lead Engineering Management Future Technologies, will explain how the company envisions the future of energy generation.

Having done extensive research on the subject, Prof Dr Martin Kaltschmitt from Technical University Hamburg (TUHH) gives his assessment: "Offshore wind power is steadily gaining in importance. The same will apply to offshore hydrogen production in the medium term, which will help transport the electrical energy generated far offshore as efficiently as possible so it can be made available on land." At the Offshore Dialogue, he will discuss what he believes to be the most promising approaches.

One major topic is how all this energy could be stored. In his presentation Dr Walter Kuehnlein, Consultant and Founder of the start-up terra.blue, will highlight several options. Together with the Chairman of the Board of the Society for Maritime Technology (Gesellschaft für Maritime Technik, GMT), Prof Dr Sören Ehlers, Kuehnlein will be moderating this year's Offshore Dialogue. 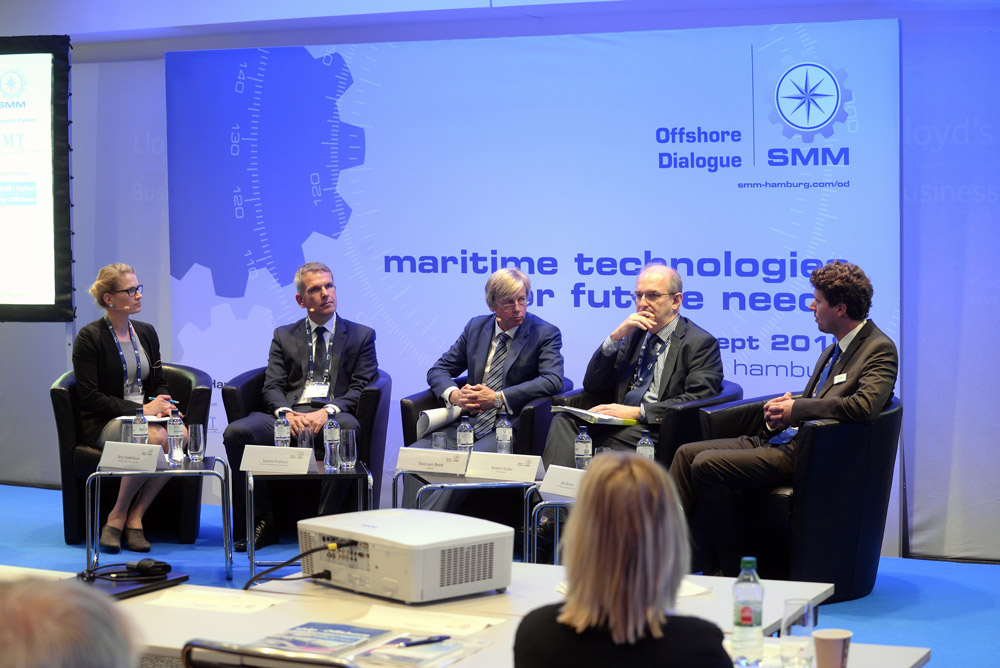