Orkun Kalkavan, Board Member of Sedef Shipyard, spoke at the signing event, noting that the company is celebrating its 50th Anniversary this year. He said that they have been providing high-quality products and services using sophisticated technology for the last 50 years. “We closely follow up the innovations around the world and carries out projects supported by TÜBİTAK” he said. Kalkavan also expressed his gratitude to Armelsan and Piri Reis University, Defense Industry Presidency stakeholders for their support in the Mine Hunting Sonar Scientific Consultancy and Crane System Design Support Project and wished for further collaboration for the future.

Following Onur Kalkavan's speech, Armelsan's Chairman Yetkin Karakaş noted that NUSRAT-1915 mine hunting sonar was created at Piri Reis University under the administration of Sedef Shipyard within the framework of the Defense Industry Presidency's domestic and national goals, and conveyed his best wishes for the project. 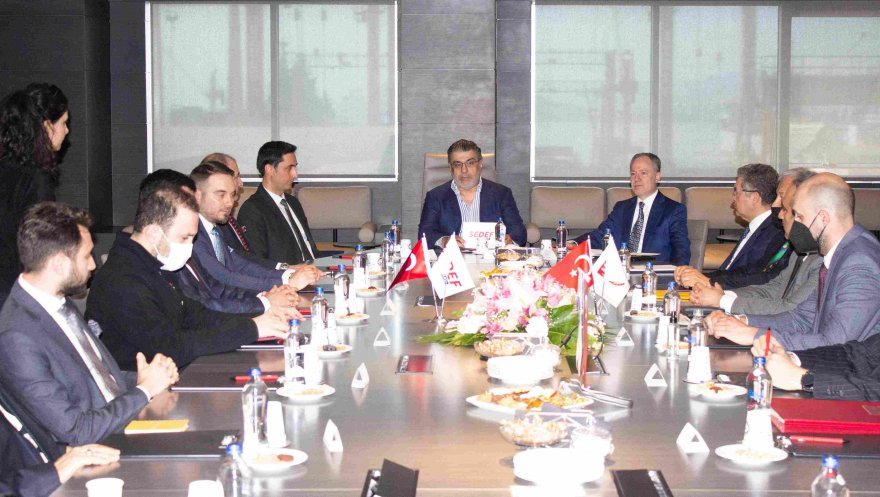 Prof. Dr. Oral Erdoğan stated that with the project, they are able to produce the know-how needed by the industry under the scope of industry-university cooperation and that the parties fully agreed on this issue. He also briefly conveyed the points discussed in the project which consists of 10 persons as follows:

Erdoğan added that the studies on resistance and intrinsic noise focused geometric improvements, the preparation of the motor control simulation and the design of the drive system, and the calculation of the power of the electric motors on the crane have been completed. "The know-how provided by our university is used in the sector. We are very satisfied with this. We will continue our projects that accelerate the cooperation between the sector and the university" he said.

NUSRAT-1915 was developed by Armelsan and is Turkey's first domestic and national mine hunting sonar. It has an active sonar capability that can detect and categorize moored and bottom mines. NUSRAT-1915 has the technical means to broadcast in a dual-frequency band. First and foremost, sonar offers the essential support for the operator to categorize the relevant items in the higher frequency classification mode, since it can detect mines and similar objects from a great distance.