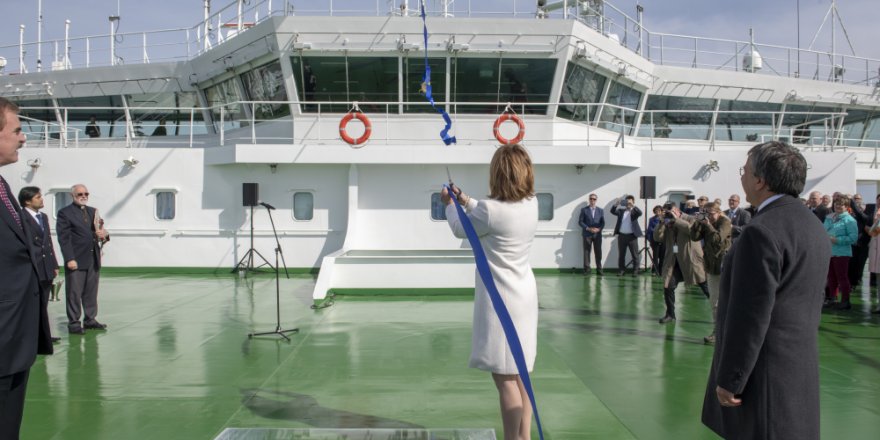 THE “GRANDE HALIFAX” CHRISTENED IN HALIFAX

During a ceremony in the Canadian port, the Grimaldi Group presented the new PCTC deployed on the Mediterranean-North America route.

The Pure Car & Truck Carrier Grande Halifax, owned and operated by the Grimaldi Group, has been christened yesterday in Halifax, New Scotia. Godmother of the new vessel was Ms. Karen Oldfield, President and CEO of the Halifax Port Authority.

A ceremony took place at Halterm/Autoport with the presence of a distinguished delegation composed of representatives of civil and maritime authorities, among which the mayor of Halifax Michael Savage, Members of Parliament, the honorary consul of Italy in Halifax Marilisa Benigno, port operators, shippers, managers of the Grimaldi Group and of its daughter company ACL (Atlantic Container Line).

During the event, Costantino Baldissara, Commercial, Logistics and Operations Director of the Grimaldi Group, praised the relationship between the Group and the port of Halifax and illustrated the characteristics of the newbuilding. Father James Richards of St Peter’s Church said a prayer and blessed the ship while Karen Oldfield proceeded to break a bottle of champagne on the vessel.

Built at the Chinese shipyards of Jinling, the Grande Halifax has a length of 199.90 metres, a width of 32.26 metres, a gross tonnage of 63,000 tonnes and a cruising speed of 19 knots. Italian-flagged, She can carry 6,700 CEU (Car Equivalent Units) or alternatively 4,000 linear metres of rolling freight and 2,500 CEU. The Grande Halifax is equipped with four hoistable decks which make her an extremely flexible vessel, able to transport any type of rolling cargo (cars, vans, trucks, tractors, buses, excavators, etc.) with a height of up to 5.2 metres.

In addition, the Grande Halifax has a side ramp and a quarter stern ramp, the latter allowing the loading of freight with a weight up to 150 tonnes. The configuration of the various decks and the system for the internal ramps reduce to the minimum the risk of damage during the loading/unloading operations.

From an environmental point of view, the Grande Halifax is a highly performing ship. She is fitted with an electronically-controlled (Man Diesel & Turbo) main engine that allows to comply with the new regulations for reducing NOx emissions, while the installed scrubber reduces sulfur oxide (SOx ) emissions. Moreover, she is equipped with a ballast water treatment unit which will allow her to meet the future international regulations.

“ACL’s services to Halifax began in 1967 and have been continuously provided for over 50 years”, declared Emanuele Grimaldi, Managing Director of the Grimaldi Group. “Today, our Group’s  transatlantic services, including those of Grimaldi Lines, call Halifax about 140 times a year, ensuring a streamlined logistics chain for the trade flows of rolling and containerised freight that has developed between both Continents”, concluded Emanuele Grimaldi. 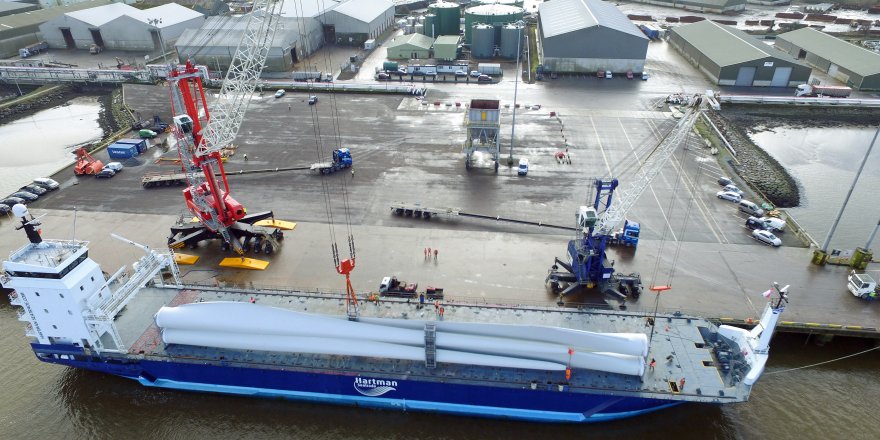