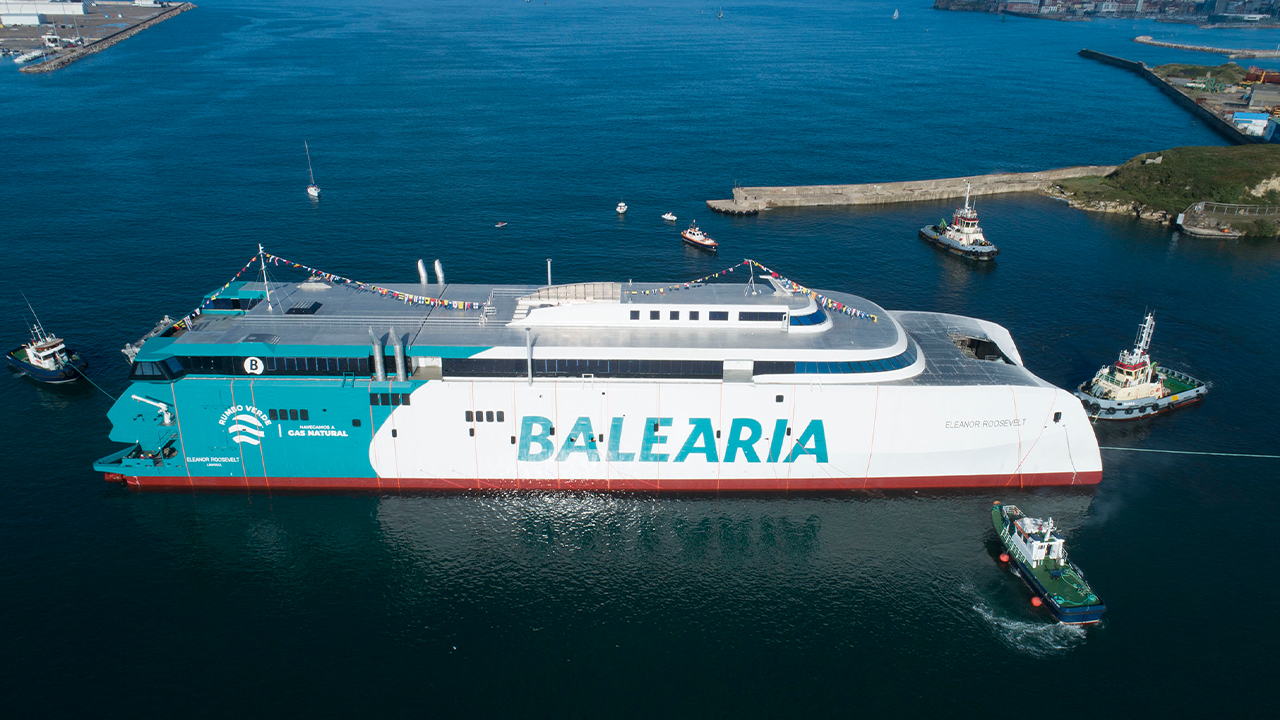 The company noted that in March this year, the vessel will be integrated into its fleet.

The Armon shipyard in Gijón has completed the ferry outfitting and carried out tests on the entry ramp for vehicles and freight. The work on fitting out the passenger lounges as well as the installation of electronics on the command bridge continues.

The operator put a €90 million price tag on the construction of the vessel.

Baleària further says that Eleanor Roosevelt is going to be the longest fast ferry in the world. It has a length of 123 meters and a width of 28 meters. It has a capacity of 1,200 passengers and lines of 500 meters for trucks and 250 vehicles.

The four dual-fuel engines were delivered by Wärtsilä, each with a capacity of 8,800 kW.

To remind you, the fast-ferry project began at the Armon shipyard in Gijon in December 2018. Cotenaval Valencia supplied the engineering support.

The Australian company, Incat Crowther, was in charge of the design, while Wärtsilä developed the engines, propulsion system and fuel gas system.

Furthermore, Baleària noted that Eleanor Roosevelt is the flagship of its strategy for gas fleets. The LNG-fueled fleet of the business will hit nine vessels in 2021. It currently has six such vessels on the water, while one more ferry is being reconfigured. 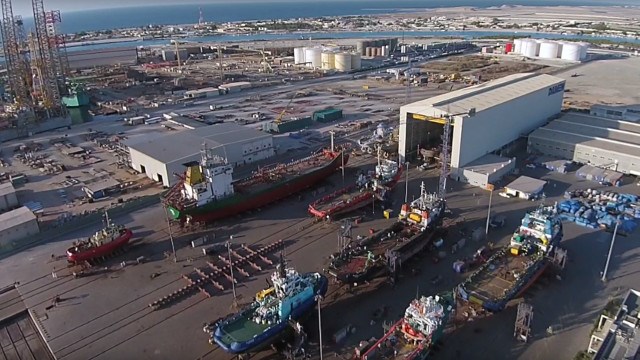 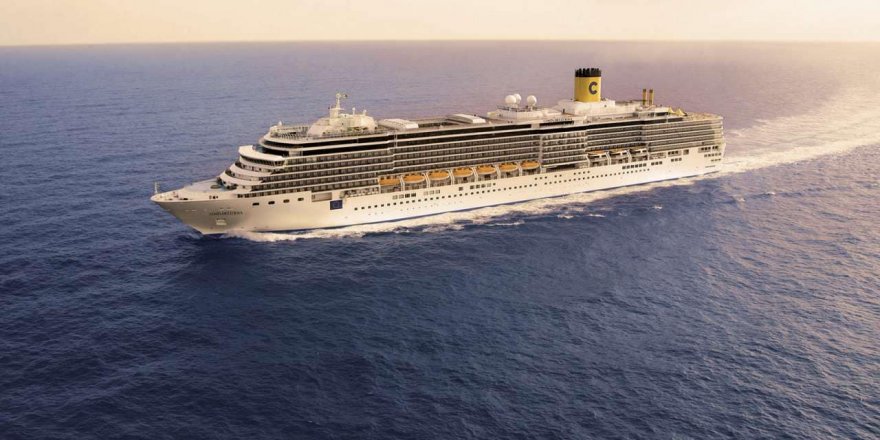 Costa Cruises to restart operations in Italy on January 31