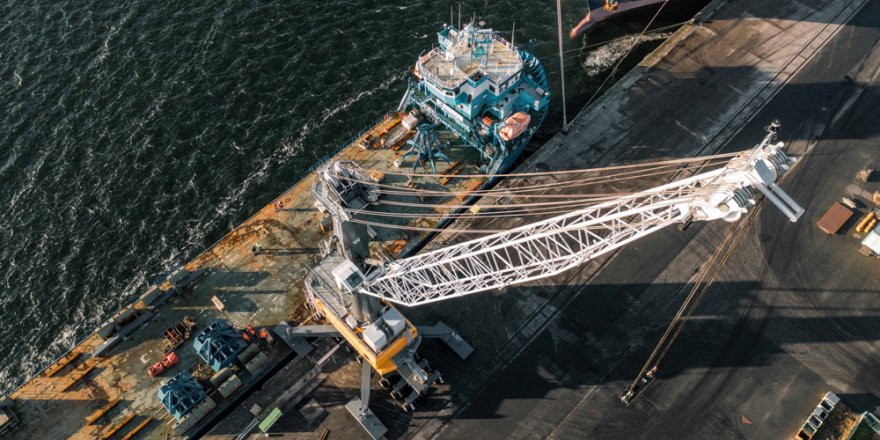 One of the leading port operators in Poland, Port Gdańsk Eksploatacja S.A., has signed a contract with Liebherr for a new LHM 550 mobile harbour crane. The machine will primarily be used for bulk handling.

One of the leading port operators in Poland, Port Gdańsk Eksploatacja S.A., has signed a contract with Liebherr for a new LHM 550 mobile harbour crane. The machine will primarily be used for bulk handling. This is the 300th order of this crane type in total. The LHM 550 thus marks more than ten years of international success for Liebherr.

In the sales year 2022, the Liebherr LHM 550 mobile harbour crane continues its success story that has already lasted for over ten years. Liebherr can announce an anniversary with the 300th delivery of this crane type. One of Poland’s largest port handling operators based in Gdansk, Port Gdańsk Eksploatacja S.A., recently took delivery of its 300th LHM 550. For the company, which carries out handling activities on a total area of over 89 hectares, it is one of the largest investments in the company's thirty-year history. The crane supplied has a boom length of 48 metres and a lifting capacity of up to 104 tonnes. The new machine will primarily be used for bulk handling of coke, coal and scrap metal.

"We want to increase the effectiveness, functionality and speed of our services. The quality of our work processes will improve significantly. This will have a positive impact on our handling rate. In addition, our customers can expect faster handling of the commissioned vessels. We greatly appreciate the extraordinary mobility of this machine. We trained our crane operators at an early stage and carried out extensive modernisation measures in the port area in advance so that we could use the machine as quickly and as efficiently as possible," comments Radosław Stojek, Chairman of the Board of Port Gdańsk Eksploatacja S.A.

The delivery of the first LHM 550 to Kuwait in 2010, marked the beginning of a Liebherr success story. As the most popular crane type in the Liebherr mobile harbour crane portfolio, the LHM 550 has contributed significantly to Liebherr's market leadership in the MHC market, which has lasted for more than ten years. In every year since its market launch, a double-digit number of this crane type alone has been delivered worldwide. In terms of sales per country, India leads the ranking with 23 units sold, closely followed by Italy and the USA. In the 2021 sales year alone, 26 LHM 550s were sold worldwide.

Further to the possibilities in application, multiple drive types are also versatile. In addition to a hybrid drive concept consisting of diesel and electric motors, the cranes can also be used exclusively in electric only operation, thus making an important contribution to emission-free goods handling. Over 30 % of the LHM 550s sold in the 2021 sales year were equipped with an electric main drive. 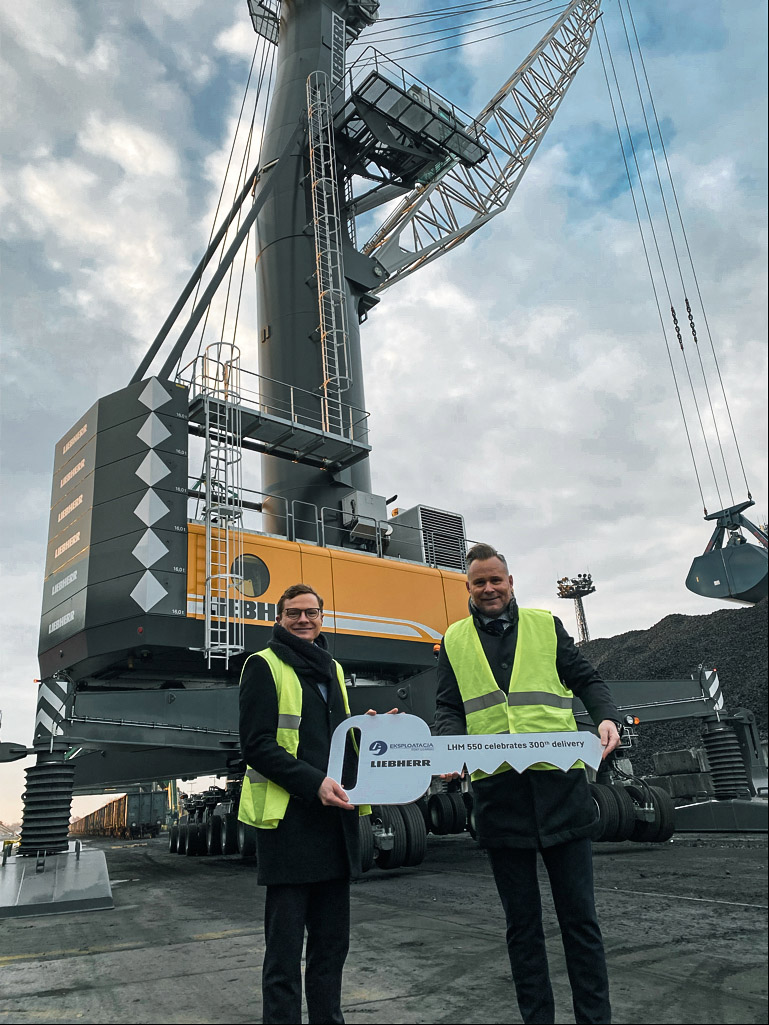 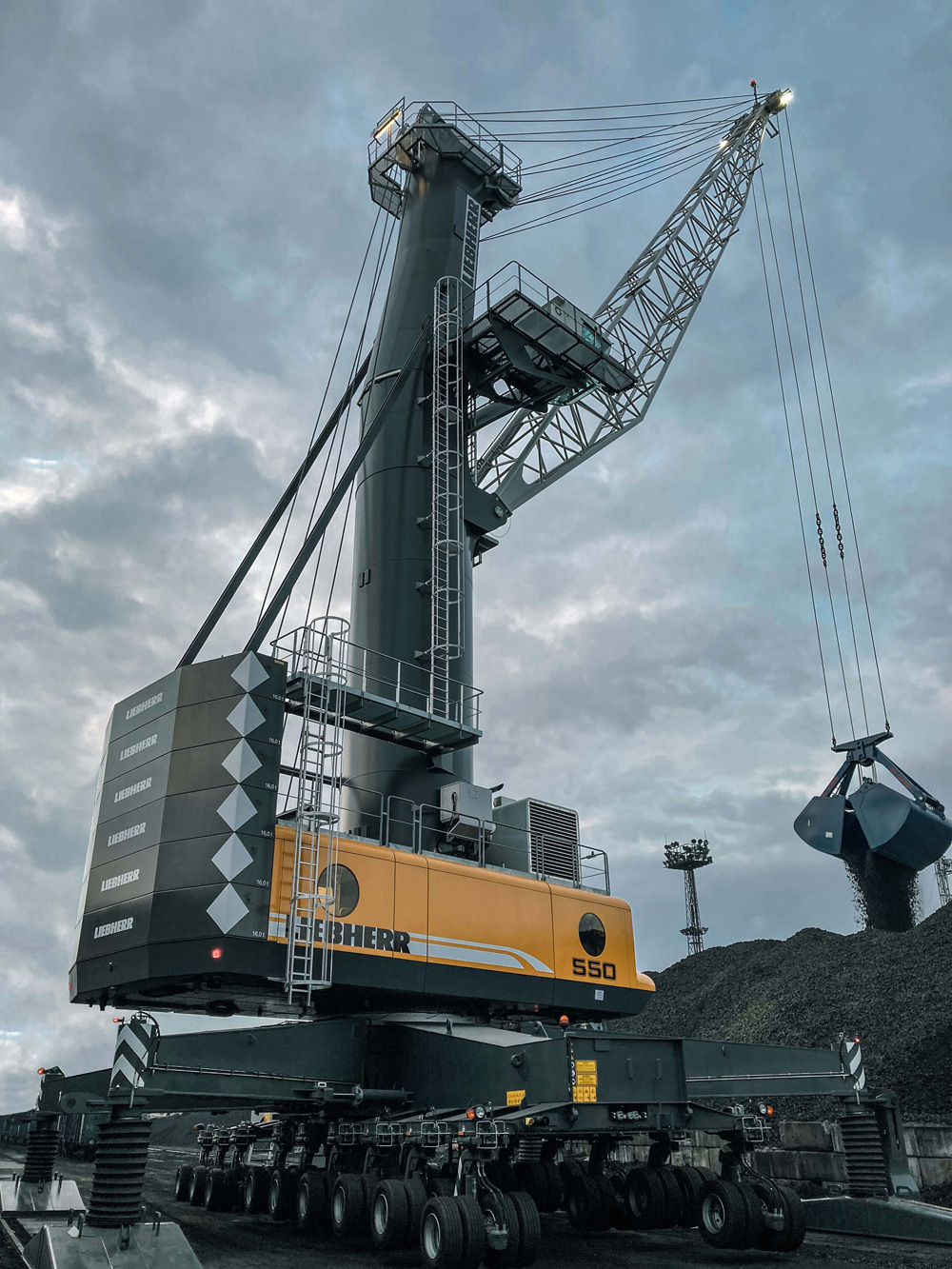 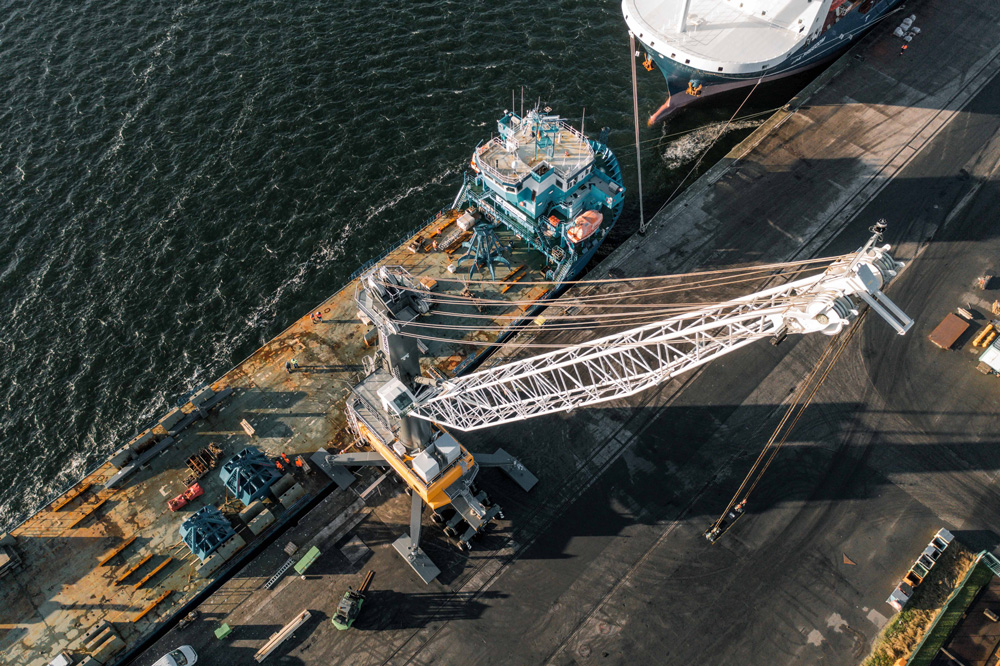 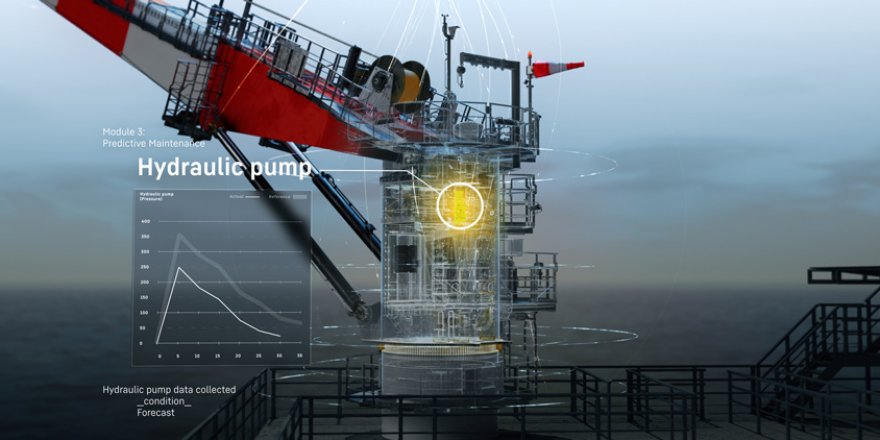 LiMain: Changing the way you think about maintenance 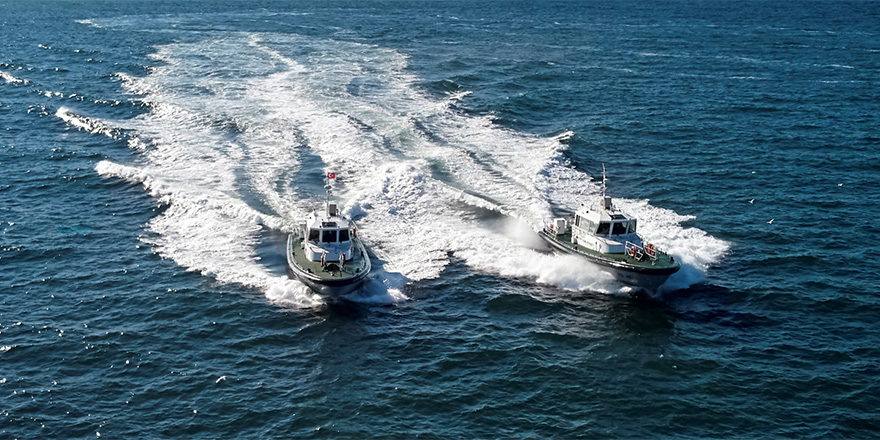