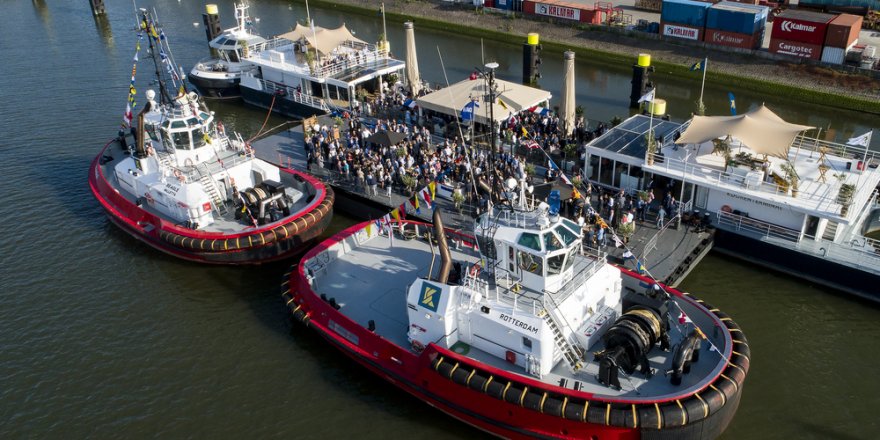 On 13th June 2018, the naming ceremony of the newly-built Damen tugs Rotterdam and Beagle took place in the Port of Rotterdam, during Kotug Smit Towage’s annual ‘Maatjes-party’ (Herring with friends, a traditional Dutch event to mark the beginning of the

During 2017 and 2018, Kotug Smit Towage has taken four newly-built Damen tugs into service for its European harbour towage activities. Two of this quartet, the Rotterdam and Beagle are currently operating in the Port of Rotterdam.

The Rotterdam is an ASD Tug 2913 and has a bollard pull in excess of 80 tonnes. The tug is renowned for its manoeuvrability and environmentally efficient performance. The naming ceremony of Rotterdam was performed by Lady Sponsor Ms Janet van Bergen, the partner of Captain Tjitte de Groot, President of the Regional Pilots’ Corporation Rotterdam-Rijnmond.

The Beagle is an ATD Tug 2412 Twin Fin. With her 72 tonne bollard pull, she combines compactness with manoeuvrability. The naming ceremony of Beagle was performed by Lady Sponsor Ms Renee Naaktgeboren. In 2017, Renee received the Young Port Talent award in Rotterdam. This award is intended for committed and talented young people between 20 and 30 years of age, who work in the Port of Rotterdam with passion and enthusiastic drive.

Kotug Smit Towage’s CEO René Raaijmakers: “The presence of over 550 guests from the maritime community who attended our annual ‘Maatjes-party’, made this day extra special and enjoyable. It proves that towage is all about people. The event was held at the premises of Kotug Smit Towage’s Mate of the Year ‘Diving & Salvage Company W. Smit’ in Rotterdam, which was ideal for the occasion. We are grateful for the commitment of both Lady Sponsors”.

Damen’s Area Director Benelux, Mijndert Wiesenekker stated: “The Maatjes party is a great event for the complete Rotterdam Port community and we are happy that our continuing successful relationship with Kotug Smit saw another milestone today with the naming of the Beagle and the Rotterdam.” 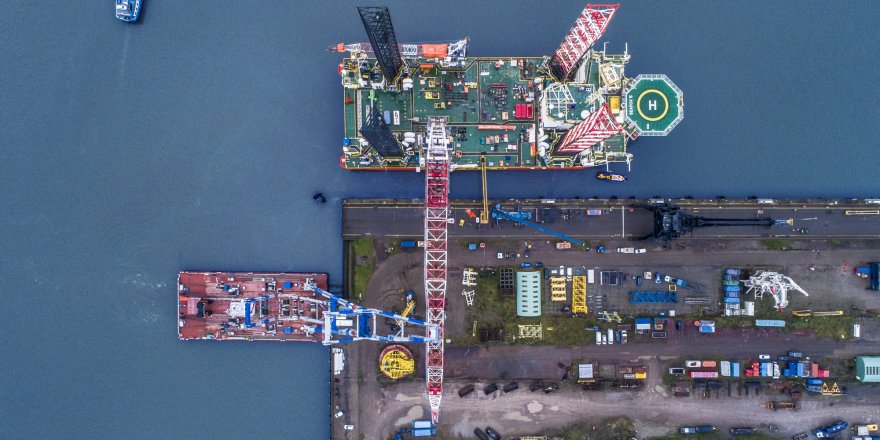 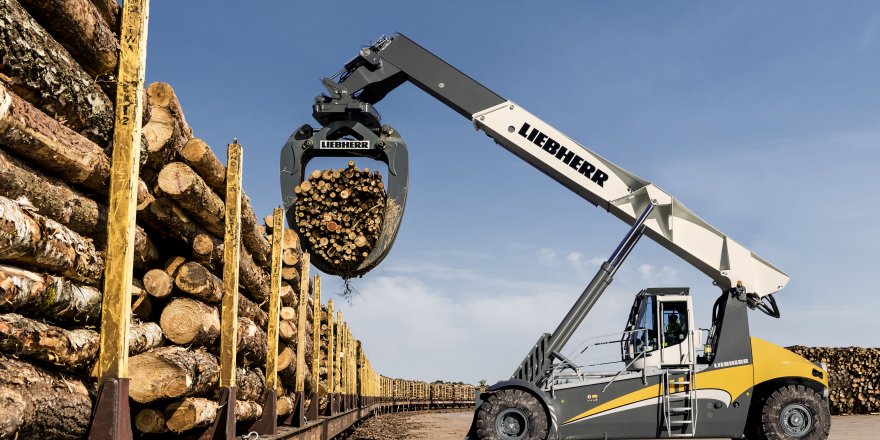