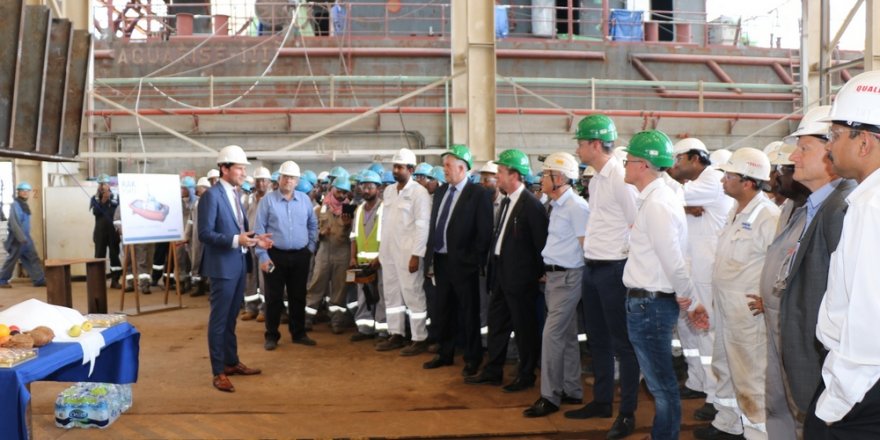 On 28th August, a keel-laying ceremony was held at Damen Shipyards Sharjah.

The keel was lowered onto the building blocks by Captain Brand. Following this, both Captain Brand and Captain Magee marked the occasion by breaking a coconut over the keel.

Furthermore, during the event, the 3D engineering model of the vessel was shown to the client. This is a tool used by Damen for the design of its vessels and the detailed engineering of all systems on board. The 3D engineering models allows Damen to design its vessels in such a way as to optimise the ergonomics for the crew onboard and to ensure accessibility of all systems for easy maintenance during the lifetime of the tug.

Captain Magee commented; ““The experience at the yard reinforced our belief that the decision to build with Damen was a wise one. We were able to visit the tug via a 3D CAD presentation and see all aspects of the vesel from the wheelhouse to the bilges.”

General Manager Captain Cliff Brand stated, “Damen have shown great versatility – to be able to produce their first 2319 in the UAE at our request is indeed impressive.“

Damen will deliver the vessel to RAK Ports next year, in time for the opening of a new bulk terminal at Saqr Port. RAK Ports required a tug that was both compact and powerful, in order to handle the large carriers that will call at the port.

Saqr Port is the main bulk-handling port in the Middle East and a vital part of the regional economy. 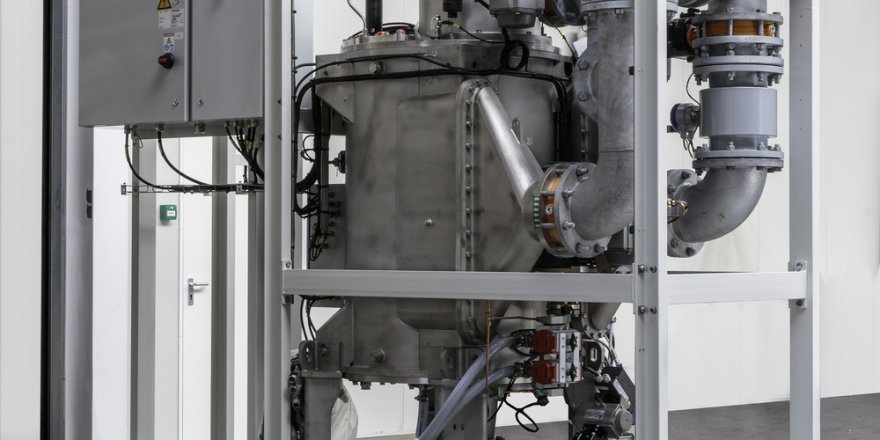 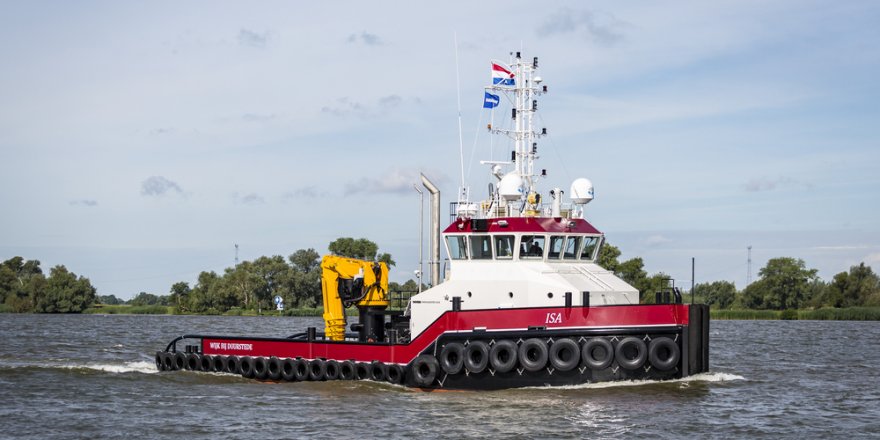