The Port of Esbjerg is a long-standing partner of Liebherr and has recently ordered a second LHM 800. The new crane is already the seventh Liebherr mobile harbour crane to be used at Denmark's largest port.

The Port of Esbjerg is a long-standing partner of Liebherr and has recently ordered a second LHM 800. The new crane is already the seventh Liebherr mobile harbour crane to be used at Denmark's largest port. Next-generation offshore wind turbines will be lifted with the new heavy- duty crane. Liebherr will deliver a further crane of the type LHM 600 to Port Esbjerg before the end of the year.

Rostock, July 2022 – Port Esbjerg is the leading port in Europe when it comes to handling and shipping wind energy components. The port played a key role in the rise of Denmark’s offshore wind industry – 80% of the offshore wind capacity installed in Europe was shipped out from the Port of Esbjerg. Their record for breakbulk is notable, as the port handles more than 500,000 tonnes of major wind turbine components each year. Therefore, it is decisive that the port is equipped with state-of-the-art equipment. The first LHM 800 for Port Esbjerg was delivered in 2019. The upcoming delivery in 2023 of the recently ordered second LHM 800 marks the seventh Liebherr mobile harbour crane purchased by Denmark's largest port. Port Esbjerg will be the third port in the world to have two LHM 800 cranes in its fleet.

With the second LHM 800, Port Esbjerg will also be able to carry out tandem lifts of up to 616 tonnes. This means that components of the next generation of offshore wind turbines can be handled. Mr Dennis Jul Pedersen, CEO at Port Esbjerg, says: “Our competency lies in breakbulk and in having the capacity for tandem lifts above 600 tonnes, which is necessary not only in the on- and offshore wind market but also in supporting production in the hinterland.”
Liebherr and Port Esbjerg have enjoyed a partnership for many years. The first Liebherr mobile harbour crane, an LHM 1080, was bought by the port in 1994. Many further units followed in the years after. Together with Port Esbjerg, Liebherr developed its unique Sycratronic tandem-lift assistance system.

"The Port of Esbjerg has been pursuing major expansion plans for decades. Our company supports the port's development by delivering a high-quality product, reliable service and innovative technology. We are grateful for the opportunity to succeed together and continue our partnership," comments Roman Chopyk, Sales Manager for Liebherr mobile harbour cranes.

Liebherr for the wind industry

Offshore wind power activities are expected to increase significantly over the next decade, and, as wind turbines get bigger, powerful equipment is needed to handle these components. The ability to handle heavy components with mobile harbour cranes is considered to be essential for efficient and flexible harbour operations. Liebherr’s mobile harbour cranes are versatile and allow for the handling of all types of goods even at wind speeds of up to 24 metres per second, thus providing the best possible operability.

The LHM 800 is the largest and most powerful mobile harbour crane in the Liebherr LHM portfolio. The machine meets the ever-increasing demand for mobile heavy-duty cranes in the maritime sector. A key driver of this development is clearly the wind industry. In a special heavy-lift version, the LHM 800 is capable of lifting weights of up to 308 tonnes and up to 616 tonnes in tandem mode with the intelligent Liebherr system Sycratronic.

Sycratronic is a computerised assistance system for operating two cranes with one crane operator. This makes the system not only suit ideally for tandem lifts of turbines over 600 tonnes, but also ideal for handling rotor blades, which in the offshore sector can be over 90 metres long. Sycratronic speeds up turnover time and increases safety as the computer monitors operation to avoid overloads and compensate for the displacement of components being loaded. 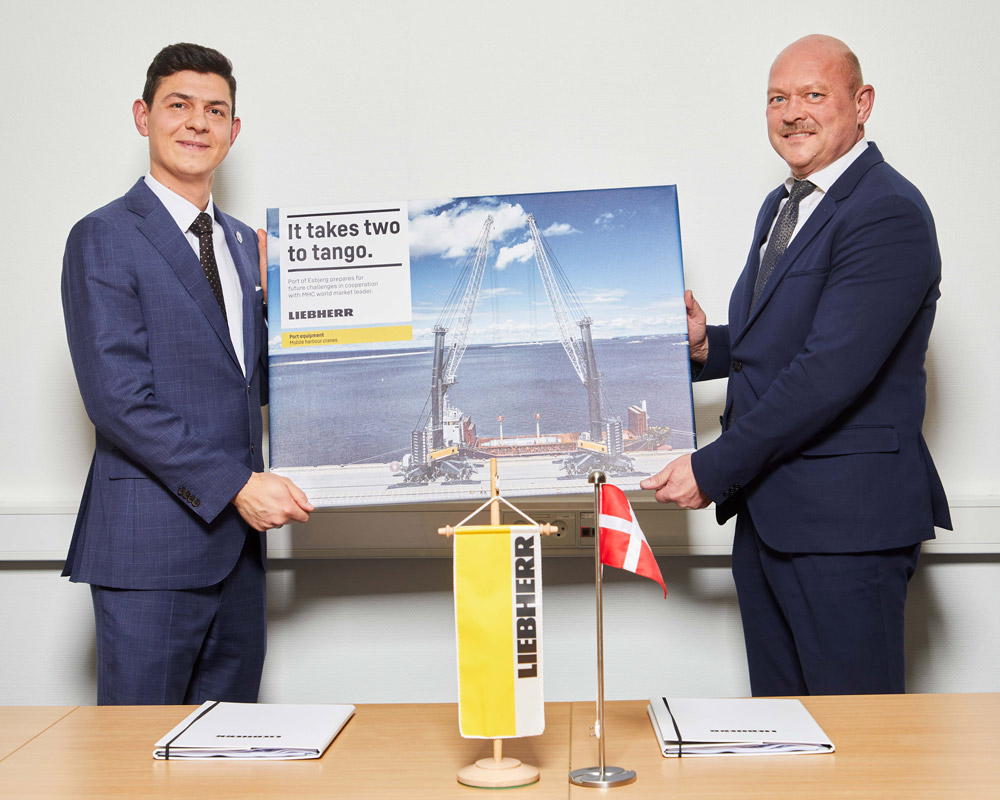 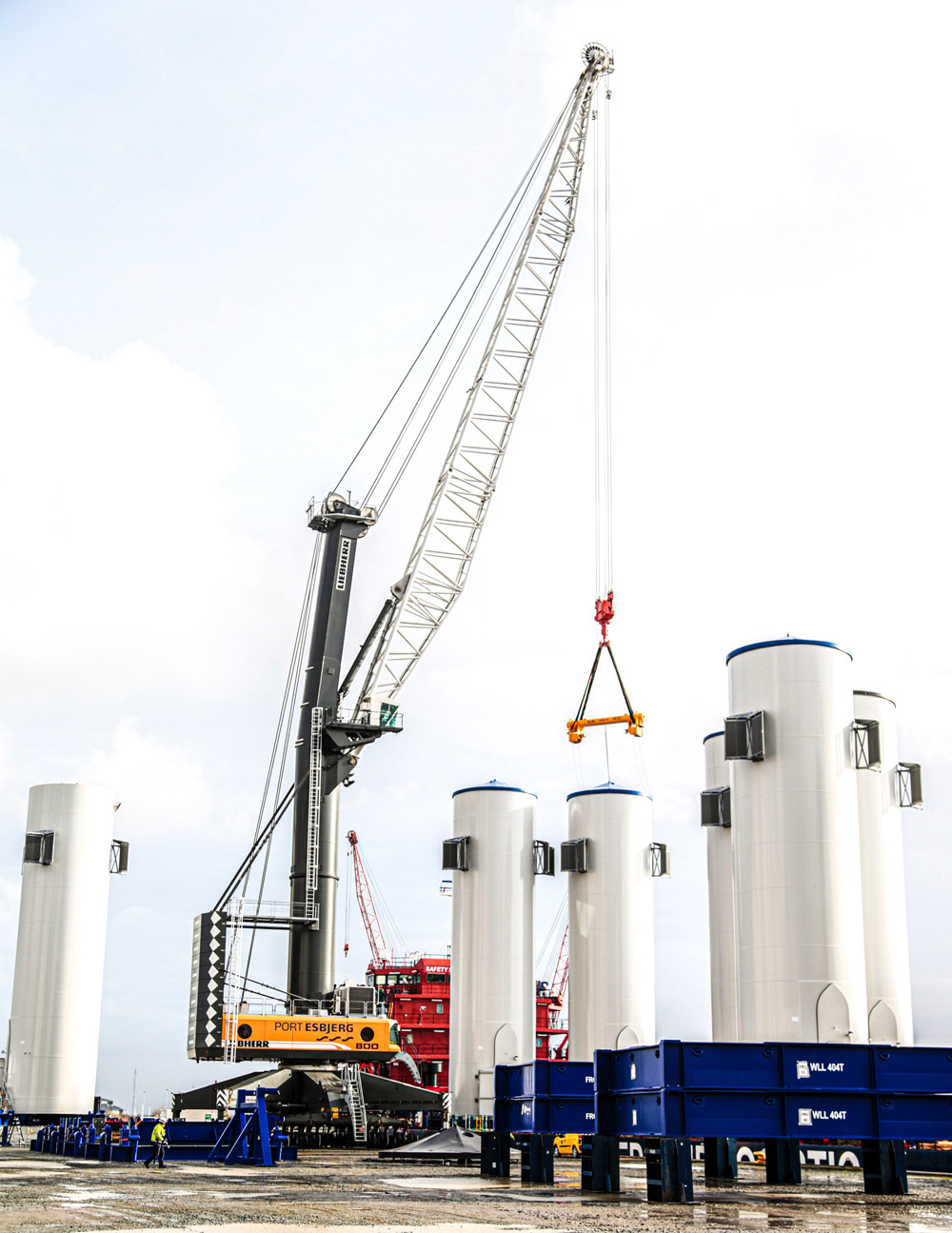