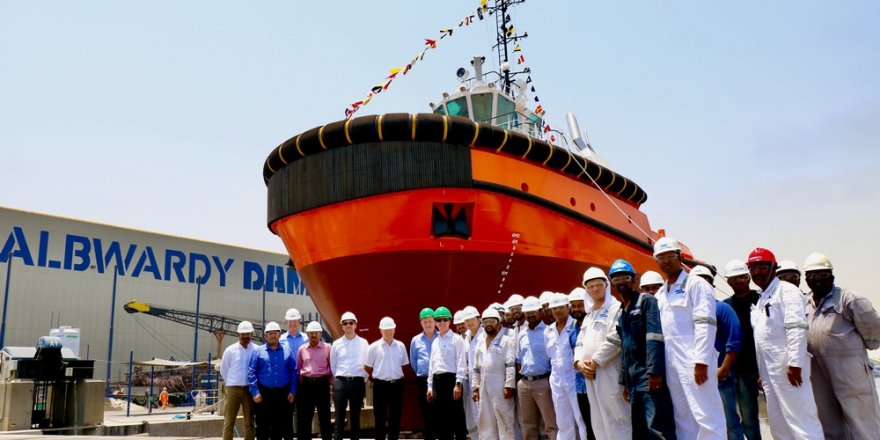 The new ASD Tug 2913 for Saqr Port, part of Ras Al Khaimah (RAK) Ports, has been launched at the Albwardy Damen shipyard in Sharjah, UAE.

Ordered twelve months ago, the tug will join the RAK Ports tug fleet and operate in the new and impressive deep-water bulk terminal currently nearing completion at the port. There its 80-tonnes of bollard pull will provide additional power for manoeuvring Capesize vessels.

The tug was launched in the presence of Capt. Cliff Brand, the Chief Executive Officer of RAK Ports, and Capt. Michael Magee, the Harbour Master of RAK Ports. Capt Brand highlighted in his speech the importance for the UAE economy to build “in the UAE for the UAE” and the added value of having the building yard around the corner for support during the life time of the vessel.

Capt. Magee commented that this tug is an important addition to the fleet for the safe operation of Capesize vessels at the new terminal, and added that he is impressed with the adaptability of Damen, the high quality of build and level of service.

Saqr Port is the major bulk-handing port in the Middle East and a vital part of the regional economy. Located at the foot of the Hajar Mountains, it serves the fast-growing quarry industry in the emirate of Ras Al Khaimah, from where each year 55 million tonnes of bulk materials are exported through the port to countries around the Arabian Gulf.

The ASD Tug 2913 was selected for the new terminal based on its twin attributes of being both compact and powerful. These will allow it to handle the large carriers using the new terminal within the restricted waters of the harbour. The proximity of the Hajar Mountains also brings challenges in the form of powerful winds that can sweep across the port with little or no warning. In addition to its power, the 29-metre ASD Tug 2913 also features high freeboard and a raised quarterdeck for safe operations in rough seas.

The ASD Tug 2913 tug for RAK Ports is the first of a series ASD Tugs 2913 under construction at Albwardy Damen in the UAE. Consistent with the Damen philosophy, another three tugs of this type and a series of 60 and 70 tonne ASD Tugs are being built for stock. The stock construction enables the yard to offer well-proven vessels at very short notice to operators across the region and beyond. With the convenient location of Albwardy Damen, RAK Ports and all Damen clients can depend on a fast and efficient maintenance and repair service in the Arabian Gulf and its surrounding waters. 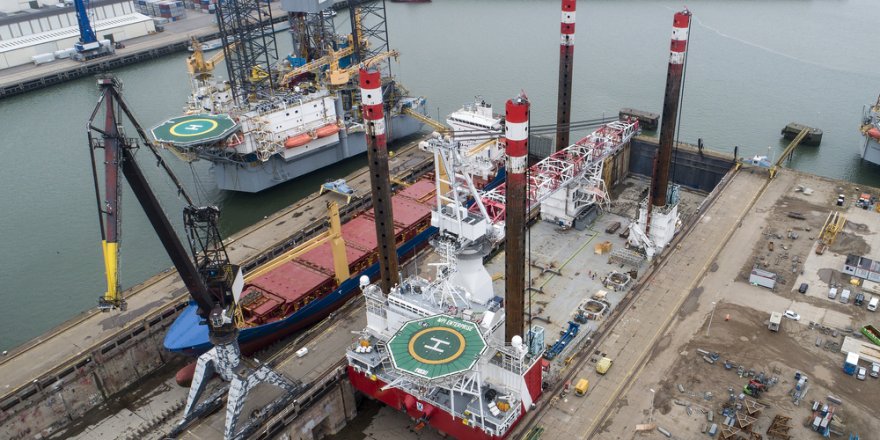 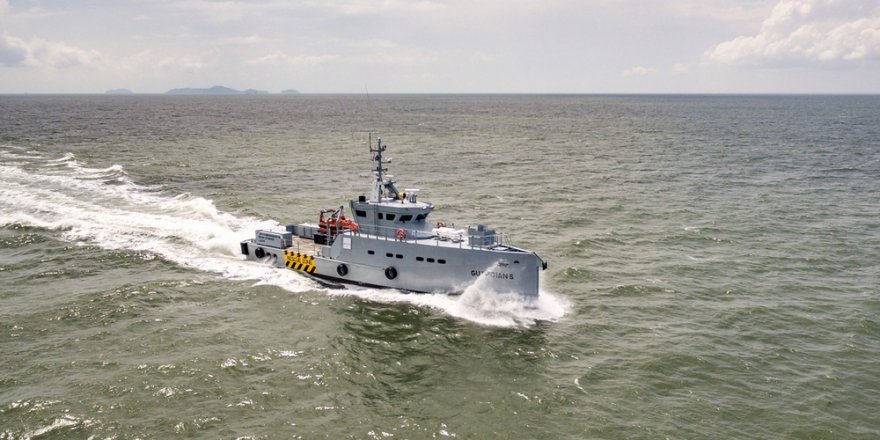