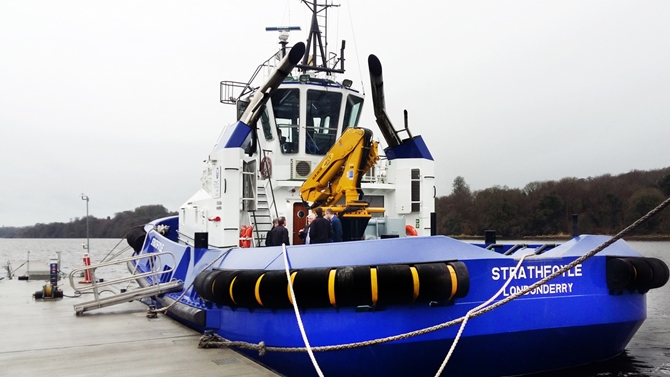 The official handover of the new vessel – named Strathfoyle – took place at a short ceremony attended by the port’s staff, clients and stakeholders. Taking the position as most powerful tug at the port, the Strathfoyle marks a commitment to ongoing safe and efficient harbour assistance operations at Foyle Port.

Foyle Port is in the North West of Ireland. Located at the south-west end of Lough Foyle, the port’s primary cargos are bulk goods arriving at the Lisahally Terminal and oil products that call at the LSS Oil Terminal. Furthermore, Foyle Port serves as a destination for cruise vessel passengers.

Strathfoyle expands on Damen’s standard ASD 2310 design in certain key aspects. She has been equipped with an aft winch, to give her the potential to conduct salvage work outside the sheltered confines of Lough Foyle, and an additional deck crane to widen the scope of harbour duties that she can perform.

According to Captain Bill McCann, Harbour Master and Operations Director at Foyle Port, the new tug provides the port with increased flexibility in numerous ways: “With the oil terminal and the increasing numbers and size of bulk carriers at the port, we really need the extra bollard pull and manoeuvrability.

“As we are also expanding our Marine Services division, we installed a deck crane for even more all-round capability. In this respect, she is more than a tug, she is a workboat too – a jack of all trades. Although the tugs main function is harbour towage the extra equipment also gives us possibilities to charter her out for coastal towage or harbour towage operations at other ports.”

Damen received the order for the new tug in December 2015 after a public tender process. Construction took place at Damen Shipyards Changde, with the Strathfoyle being delivered in the last week of 2016, considerably ahead of schedule.

“We have been operating the tug for six weeks; she is now 100% operational,” continues Captain McCann. “The feedback from the captains is excellent: they are very impressed. The pilots are also very pleased with her.”

While the Strathfoyle is small enough to be classified within the UK Workboat Code, she is still capable of a significant bollard pull, says Arjen van Elk, Damen Sales Manager. “She is a powerful vessel – packing almost 50 tonnes of bollard pull. This power combined with a compact design makes an ideal choice for ports of this size.”

The Strathfoyle joins a fleet of two other harbour tugs, one of which is the Damen-built Otterbank, a Stan Tug 1605 that was built and delivered in back in 1996.

“The Otterbank has proved to be a very reliable asset for the port. We are glad to hear that they are very happy with her,” Mr Van Elk goes on to say. “And now it has been really nice to work with this client again and continue our good relationship with the Strathfoyle.” 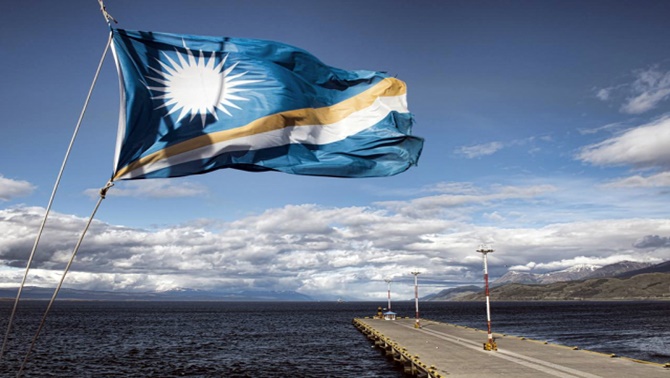 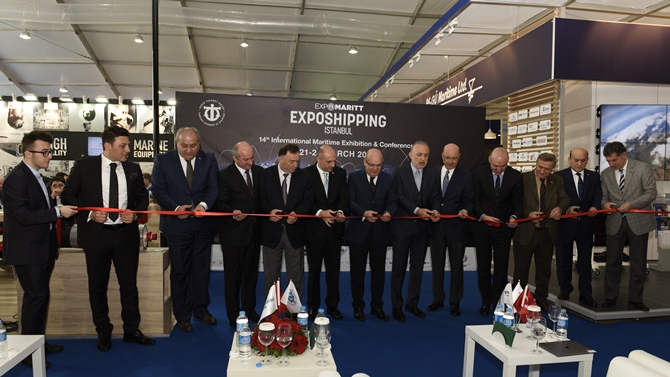