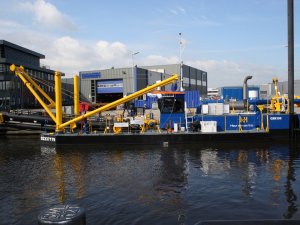 A Damen Cutter Suction Dredger (CSD) 350 has been delivered from Damen Dredging Equipment in Nijkerk, the Netherlands, to start work on a canal dredging assignment in the province of Groningen, in the north of the country.

In order to execute the project, which involves the extraction of approximately 220,000m³ of sediment from the Winschoterdiep canal,the Netherlands-based marine contractor Heuvelman Ibis required a heavy-duty dredger at short notice. Two Damen BS 350 booster stations to enable pumping over long distances were also included in the order, placed in January.

Prior to delivery a number of options were added to the CSD 350 so as to optimise it for the project. These included a spud carriage pontoon to further boost production, and also the addition of anchor booms to allow unassisted repositioning. A complete production measurement system has also been installed. The result is a compact, highly efficient and accurate dredging machine. These options have not previously been offered on a CSD 350, but having been developed for this order will now become standard options for future clients.

The dredger was towed to Delfzijl, a journey taking 48 hours, to await deployment while the booster stations were transported by road. Final assembly took a week, followed by a few days of testing, after which the dredgerwasfully operational.

The fulfilment of the order, including designing and installing the options, and general finishing, took just 3 months. “The advantages to clients of Damen’s policies of standardised production and holding popular vessels in stock ready for customisation and finishing have once again been amply demonstrated,” said Damen Sales Manager Vincent de Maat. “With a CSD 350 dredger available at short notice, we wereable to work with Heuvelman Ibis to help them have exactly the vessel they needed to meet the needs of their own customers, within the required timeframe.We are very proud to have another CSD 350 dredger working in the Netherlands.” 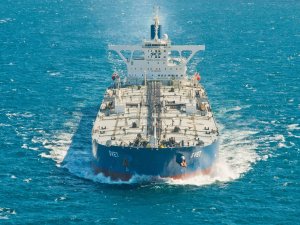 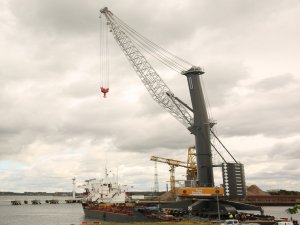