Chantiers de l’Atlantique plans to to test its sail system

The French shipbuilder Chantiers de l'Atlantique is planning to construct at the shipyard a first-of-its-kind model of Solid Sail/AeolDrive, a large-scale sailing solution.

Installation is the first step in the technological validation that is required before the solution is commercialized and implemented to large ships. It will be one of the tallest composite masts in the world, towering 95m above the ground.

The French shipbuilder plans for the system to be completed in 2022. AeolDrive, a 70 ° tiltable mast, and the Solid Sail, a 1,200 m2 sail entirely made of composite materials, will be included.

The on-site construction follows two years of testing of a 1:5 scale prototype on the Pornichet harbor pier. A balestron capable of spinning at 360 ° will be coupled with the system. In addition, to test its performance, the device will be fitted with various types of technology.

Chantiers de l'Atlantique developed the solid sail under its R&D program, Ecorizon, introduced in 2008, aimed at improving the energy efficiency of large ships and reducing emissions.

In line with the requirements of the Environment Paris Agreement and the European Green Contract, the shipyard intends to build 'zero-emission' ships before 2050.

“A collective dynamic has been established around the Solid Sail /AeolDrive project, thanks to the mobilization of many regional players. It is based on companies with a solid and renowned reputation which now want to explore a new and promising market,” said Laurent Castaing, General Manager of Chantiers de l’Atlantique. 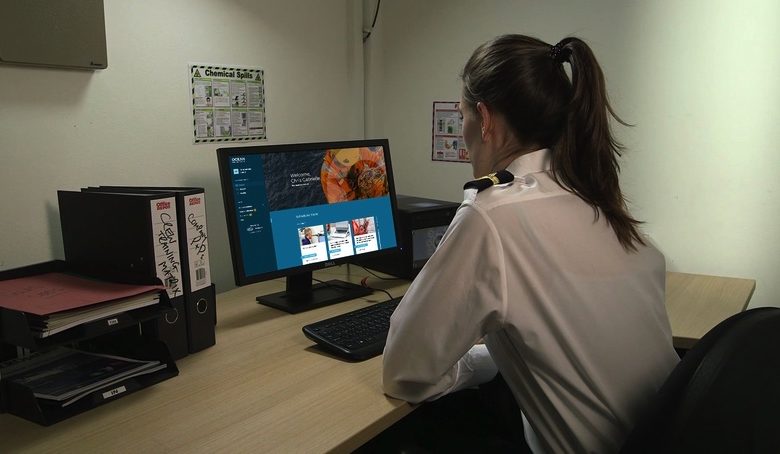