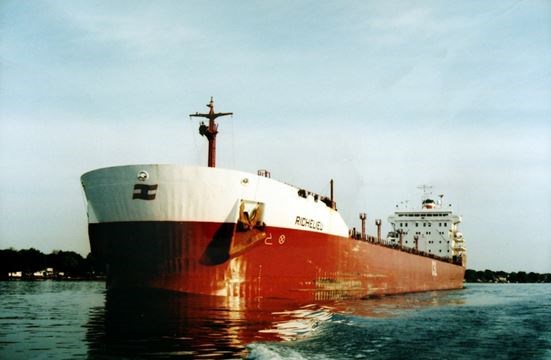 Canada Steamship Lines' 41-year-old self-discharge bulk carrier Salarium has reached the end of its service life. The vessel will be scrapped at a ship recycling yard in Turkey.

The 35,656 DWT bulk carrier made its final voyage at the end of 2019, loading salt at Bécancour, Que., on 19 December for discharge at Oshawa, Ont., on 27 December. The vessel was then laid down in Toronto until April 2020 when it transferred to Montreal.

Canada Steamship Lines will finalize the ship recycling yard in Turkey next week, adding that the dismantling would be carried out in compliance with local regulations, international conventions and the company's Ship Recycling Policy.

Originally named Nanticoke, the 222.5-metre-long ship was designed by CSL at Collingwood Shipyards and launched in December 1979. The vessel was designed and constructed to support coastal trade.

During its maiden year of service in 1980, the vessel engaged in the first ever direct shipment of coal to an ocean-going vessel while at sea.

Between 2015 and 2020, the Salarium crew engaged in a whaling program sponsored by the Marine Mammal Observation Network to better understand the distribution of marine mammals in the Gulf of St. Lawrence and to protect and preserve the environment. Vietnamese ship runs aground off Philippines due to sleeping officer